It isn’t the sort of place most people would choose to eat dinner: It’s noisy. The floor is mostly gravel and dirt. It can…

It isn’t the sort of place most people would choose to eat dinner: It’s noisy. The floor is mostly gravel and dirt. It can be cold, even rainy. And there isn’t a dining table or chair in sight. 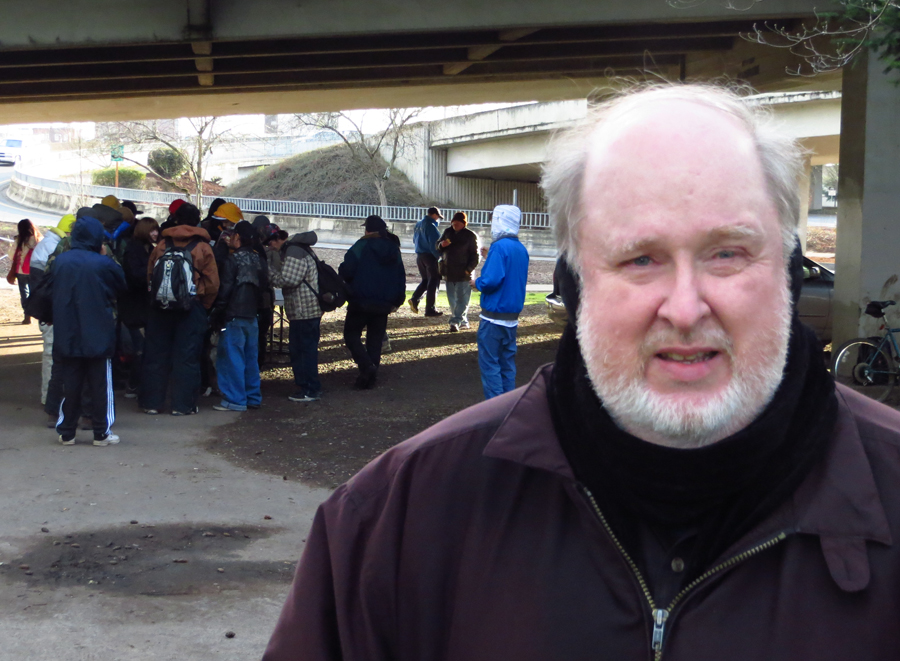 “I can’t fathom living on the street and all the things that come their way,” he says of those who gather 365 days a year. “I just want to help them get through their day.”

That people gather under a bridge to eat dinner is a largely unrecognized, yet totally public, aspect of hunger in Marion and Polk counties.

A semi-retired radio broadcaster, Sheets has volunteered with Marion Polk Food Share to build a database of area churches. He says a typical dinner served by participating churches might be a hearty rice-and-turkey soup with corn bread and a beverage, for example, or au gratin potatoes, a salad, bread and beverage.

Sheets knows the diners because he talks with them: “These are people who had really normal lives before something happened and they ended up on the streets.” He says many grew up in two-parent families, served in the military, were married at one time, some even had professional careers.

He says some of the dinner beneficiaries are on the street because they made poor choices; but others are there because of circumstances beyond their control. His goal is to move the dinners indoors to a more “humane” downtown location.

From the experience, Sheets takes both physical and spiritual reward. The physical is seeing people leave with their hunger temporarily satisfied. The spiritual flows from his faith: “Matthew 25 motivates me. When you’re feeding the least of these, it says, you’re feeding Jesus.”

No one goes away hungry. “It’s a God thing,” Sheets says. “We never run out of food.”