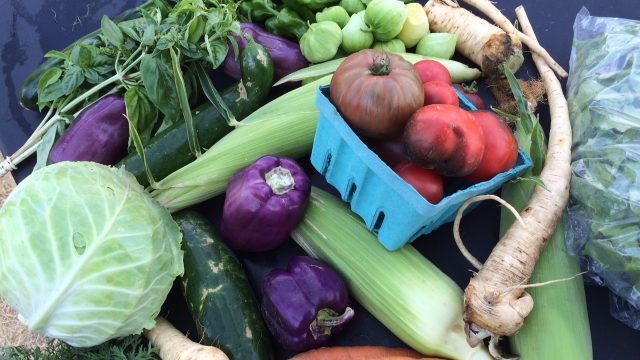 Written by MPFS volunteer Jim Sellers. Pastor Steve Knox tells the story not to bring a tear to your eye, but to make a point.…

Pastor Steve Knox tells the story not to bring a tear to your eye, but to make a point. At one of the church’s Wednesday-evening dinners, a homeless man showed up not only soaked from the rain but also without shoes or socks.

“People who had been in line with him had run home and gotten him shoes and men’s clothing,”

Knox recalls. “And there was a big bag of shoes and clothing beside him by the time he was eating a warm, nutritious meal.” 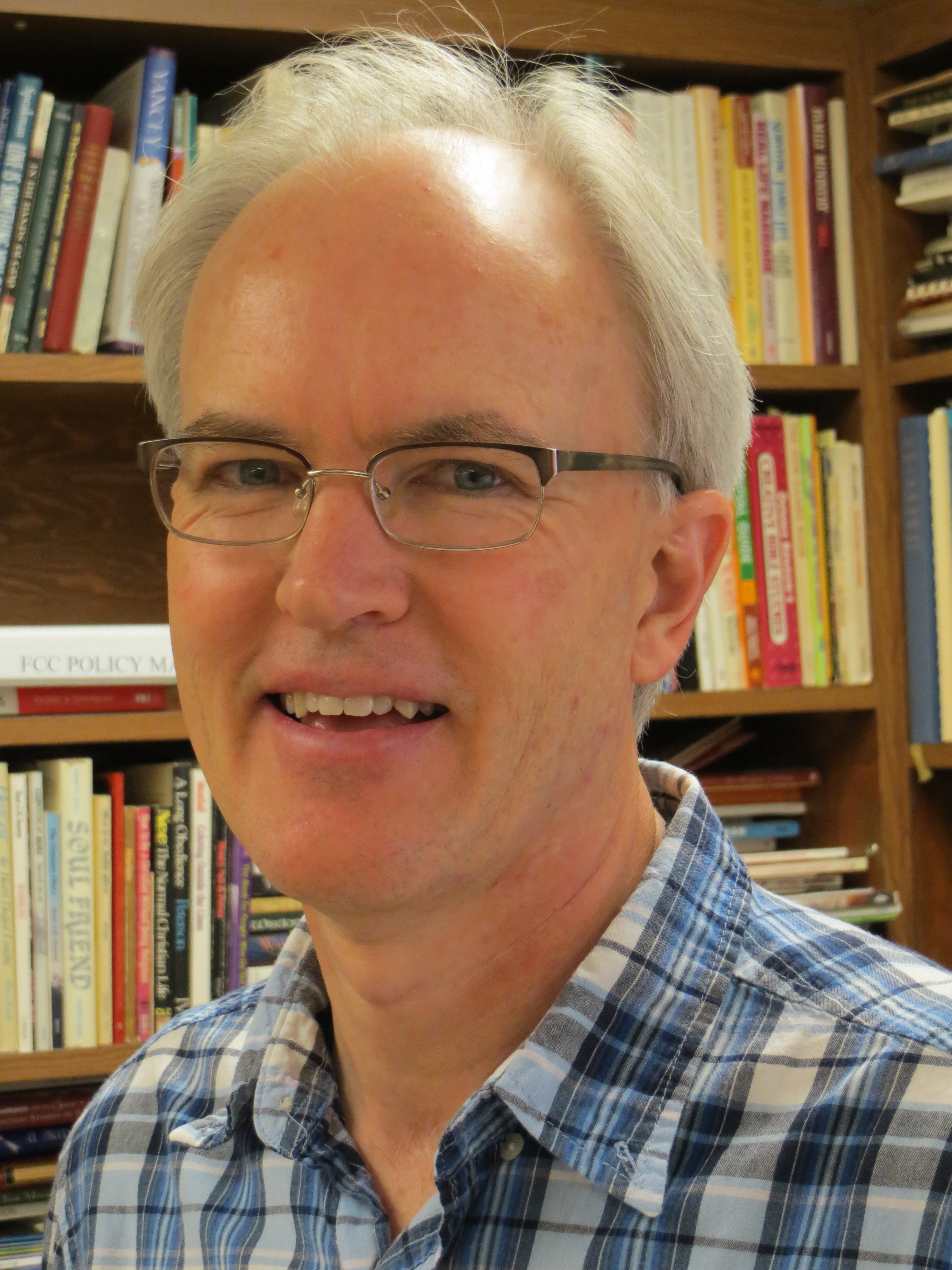 Pastor Steve’s point? “We just provide the space and the warm meal, and the community does the rest.”

The Wednesday dinners at Silverton’s First Christian Church began in on Nov. 12, 2008, after church member Karen Brock got some support for it and approached Knox. “I said let’s try it,” he remembers. “I figured it would be a handful of folks who would have a wonderful time, and after a few months it would fade away.”

He was half right. That first pasta dinner attracted 37 people, which was the genesis of an idea with which Marion Polk Food Share is now a partner. Dinners now attract a weekly average of 450. Thirty volunteers put it all together, some starting as early as 6 a.m. on Wednesdays, with support over the past five-plus years of three-dozen organizations. St. Paul Catholic Church and the Friends Church each send a volunteer team once a month and Mt. Angel Abbey seminarians are also among those helping out.

The Marion County Health Department regularly inspects the church’s meal site just as it does restaurants. In its most recent inspection, the church earned a perfect 100.

Even in hard times the church budgeted $100 a month to help with the meal program, a line item Knox says has never been touched owing to the generosity of individuals, organizations and businesses. For people who come out of a hunger for fellowship more than for food, there’s an unobtrusive wicker basket where a donation may be left.

Recently celebrating serving its 100,000th meal, the church put out paper and pencils for diners to write their experiences. One woman said she and her three children started dining there on Wednesdays because she was a single mom going to school and working three part-time jobs.

“The hectic do-it-all-yourself days are behind us,” she wrote, “but this dinner continues to lift our family up.” 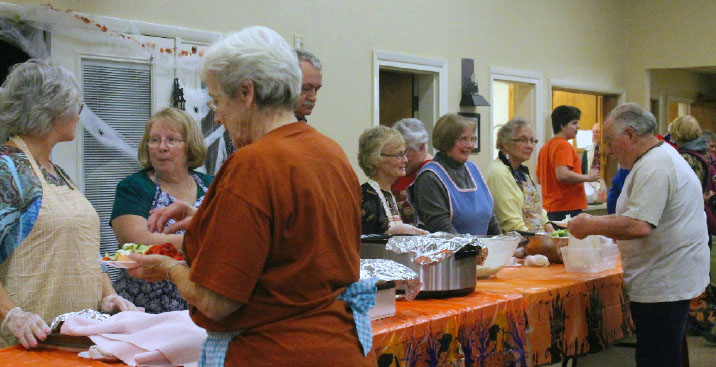 Knox says Marion Polk Food Share provides 50-60 percent of the food, its truck arriving each Wednesday at 10 a.m. A typical dinner might be a tater tot casserole, pulled pork, chicken enchiladas or hamburgers and hotdogs, always complemented with salads, fruit, vegetables, dessert and beverages. After the closure of Mallorie’s Dairy, which provided milk, a volunteer negotiated a price with Fred Meyer – and picks up the milk each week. Forty-five dinners are also delivered each Wednesday evening to people who cannot get to the church’s meal site.