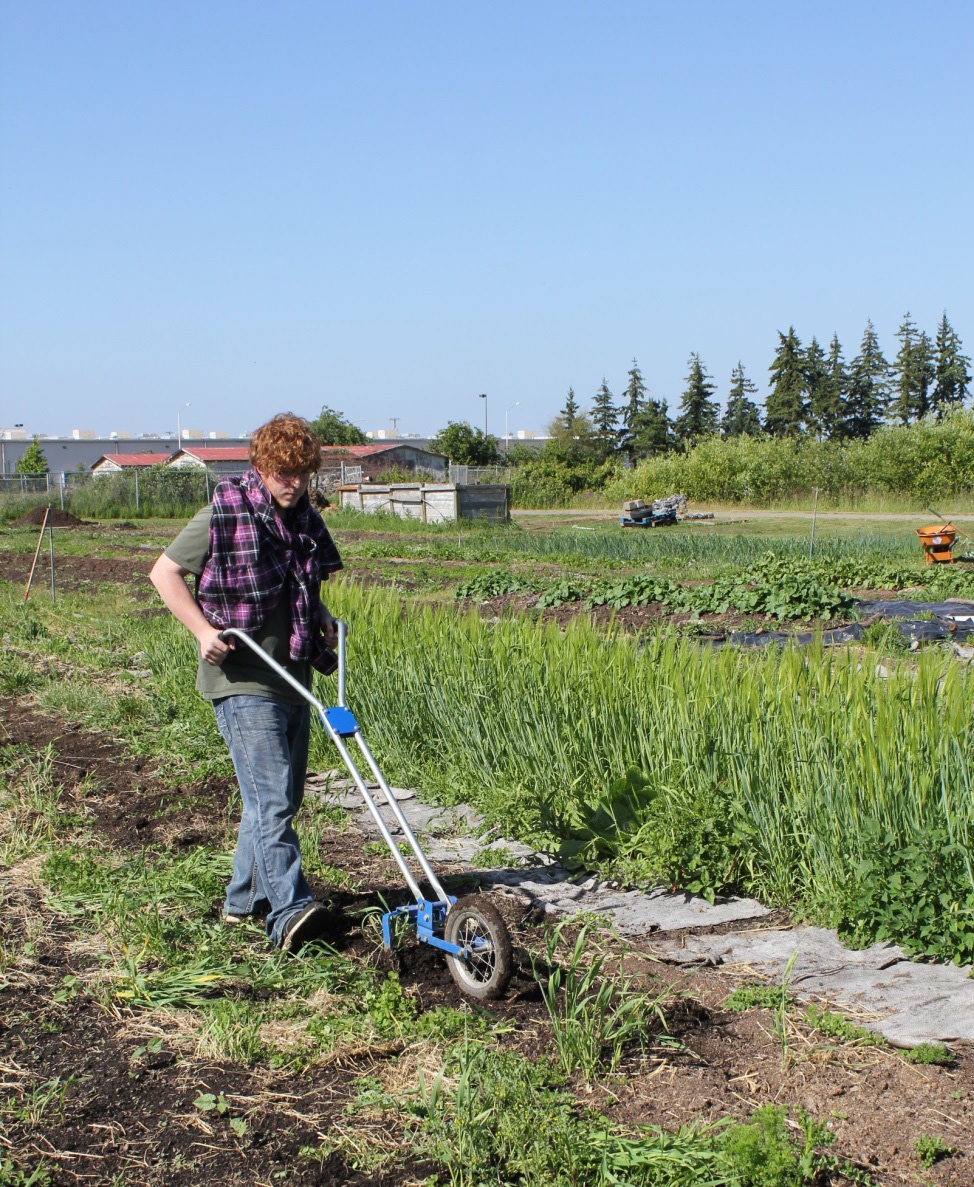 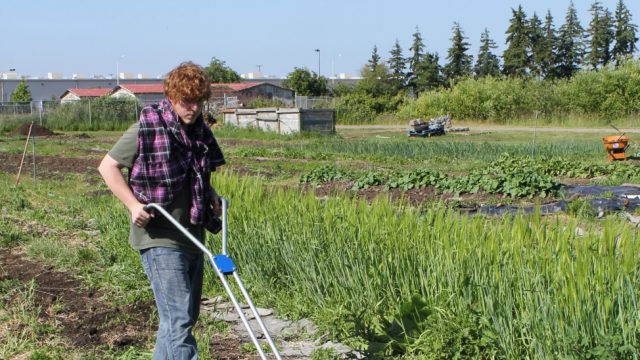 These past four years have taught Ryan Thompson more than a classroom alone could provide. Marion Polk Food Share’s Youth Farm has given Ryan the…

These past four years have taught Ryan Thompson more than a classroom alone could provide. Marion Polk Food Share’s Youth Farm has given Ryan the tools to go from student to mentor since his first day in 2013.

The inception of the Youth Farm at that time meant recruiting student workers. As a freshman in high school, Ryan’s interest was in habitat restoration.

“Jared [Hibbard-Swanson, Youth Farm Manager] needed kids and they reached out to my group,” Ryan said. “It’s not all that different from removing blackberries.”

He decided to join the program given his interest in ecology and the fact that his sister and a few friends also chose to participate.

“The farm is a different kind of ecology,” Ryan said. “It’s more fun because you’re growing food for people.”

His first year at the farm was not limited to the summer months as he continued working during the fall and winter. Given that 2013 produced the wettest September on record, conditions were hardly ideal.

“I remember how he’d be the only one to show up in rain gear – it was bright construction zone orange- I could always see him in the field,” Hibbard-Swanson laughed.

Oregon School for the Deaf was home to the original 2-acre farm site which moved to the campus of Chemeketa Community College in 2016 and tripled in size.

“As I’ve grown, the farm has grown,” Ryan said. “It’s a very different feel now,” Ryan said.  “I’ve volunteered with some of the kids here and it’s a cool process to see how they’ve changed. I’m one of those kids, too.”

While still in high school, Ryan remained connected to the program by helping out on Saturdays. Now that he is in college, he decided to return as an intern. “School is quite focused on lab and I’d rather be outside,” Ryan said. “It’s awesome to be back.”

Focus of the program is not centered on just growing food, but on building leadership skills in the students and giving them a greater understanding of food systems and economics.

“It’s a unique extension of the education system and a different model of farming, non-profit,” Ryan said. “We grow the food for people and understand that it’s run by the Food Share so most of it is donated.”

Ryan now leads workshops at the farm and speaks in front of peer groups and adults.

“They [current youth farmers] look up to him,” Hibbard-Swanson said.

The students have also toured the Food Share warehouse to build their understanding of its connection with the farm.

“My grandparents, for example, are regular visitors to food pantries. I remember telling them once about squash that was freshly delivered,” Ryan said. “Spreading the knowledge is important.”

Ryan currently attends Reed College in Portland and is majoring in ecology and environmental studies. His future plans combine his college education with his Youth Farm experience.

“I’d like to be a farmer,” Ryan said. “Perhaps I’ll have a co-op with educational centers; I just want to be working with people.”